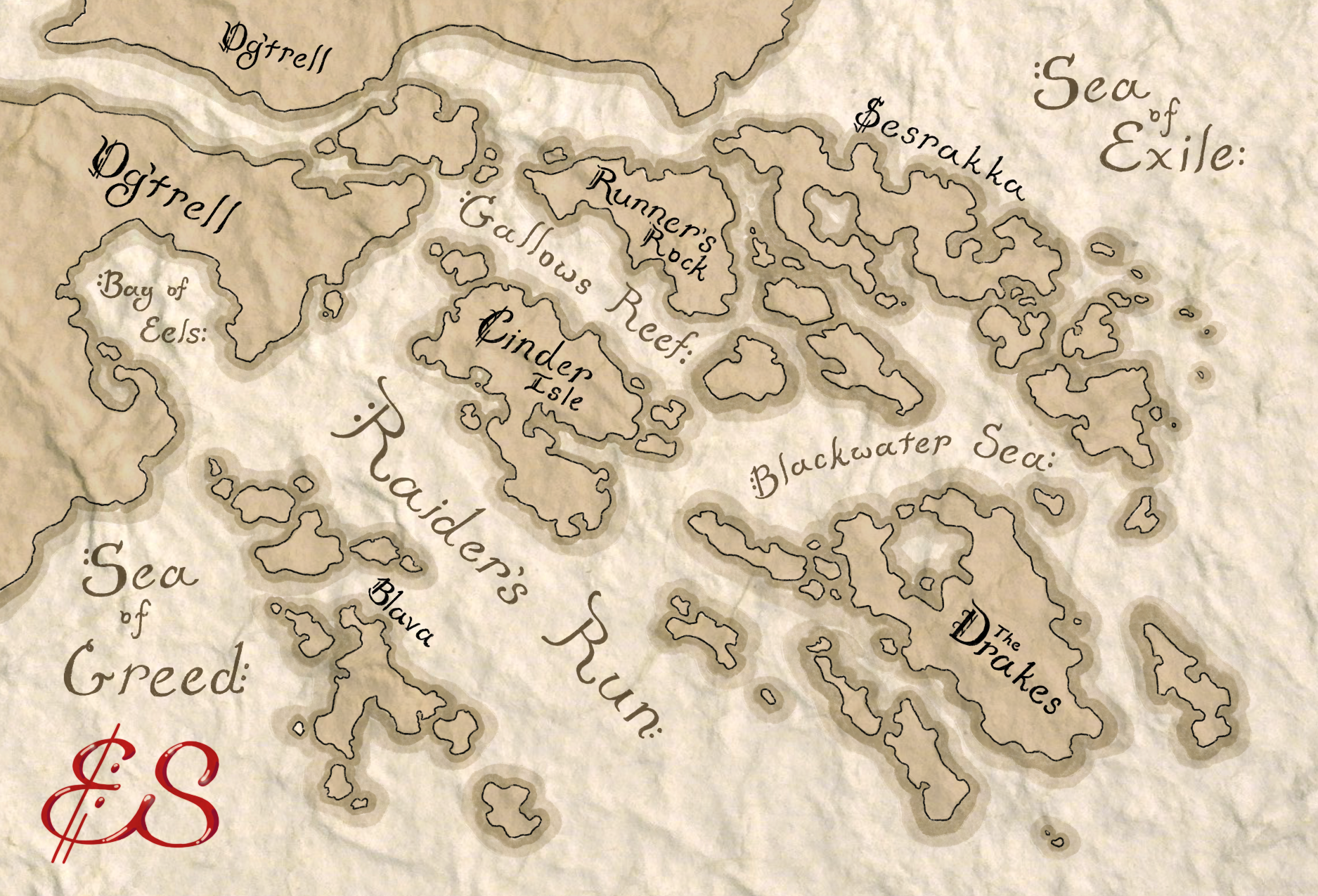 The city known as the Barrow is carved into a colossal sea stack. This vertical city was founded 20 years ago when Torrojin the pirate king had a palace made on the stack’s crown and retired there. He wasn’t happy simply living alone in his palace so he hollowed out the stack and invited actors, painters, magicians, gamblers, and musicians of all sort to come entertain him. Torrojin planned to bait the entertainment with his mountains of treasure, but once they arrived he used them to bait the rest of the Eastern Seas.  Barrow became a town of grandeur, pleasure, and wealth. People from all over the Eastern Seas travel here to spend their coin in its lavish gambling halls and exotic markets. There is also a myriad of performances available in order to accommodate patrons of every taste.

So-Anu is the local god of the Barrow. When Torrojin first landed on the isle it was So-Anu who convinced him that he would be bored if he simply rotted alone in his castle on a hill. She presently resides in a temple to herself in the heart of the seastack. Her priests run the shrine’s gambling tables and sorts through the lavish gifts she receives for being the soul of Barrow.   So-Anu is a 7 foot tall serpentine humanoid with gentle flowing features. She adorns herself in fine cloths and jewelry and is often seen around Barrow consuming the abundance of entertainment. She even uses the wealth gained at her temple to gamble at other gambling halls.

So-Anu
This tall reptilian goddess wants to be distracted from the ever running sands of eternity. She is generous to those who please her, and is ruthless to anyone she finds boring.

So-Anu’s Worshipers
Worshippers of So-Anu say a brief prayer of luck in exhilarating moments, giving some of their hopes and anticipation with their goddess. They also yell ‘snake eyes’ in moments of victory.

So-Anu’s Blessings
Characters that worship So-Anu and earn her favor may receive one or more of her blessings. Here are a few blessings she can grant.

Bonus Proficiencies. The character gains proficiency in the deception skill and with one type of gaming set.

Beguiling Eye. The character can cast charm person spell once with this trait and regain the ability to do so when you finish a long rest. Charisma is your spell casting ability for this spell.

So-Anu’s Luck. The character can roll 1d4 and add the result to any ability check, attack roll saving throw, or damage roll. Once you use this feature, you must finish a short or long rest before you can use it again.